What Mobile Moms Want from Marketers?

Millions of moms are always-on, appreciate value from marketers

While many consumers rely on their mobile phones for convenience and savings, this is doubly true for moms, who must often manage their own lives along with those of their family all day, every day and at all hours. As avid mobile users, moms frequently turn to their smartphones to keep tabs on their families, research purchases and help organize their busy lives. 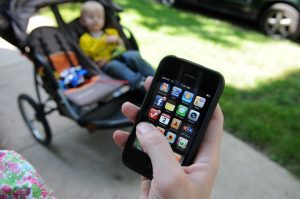 Moms are more likely than the general population to own a smartphone, according to research from BabyCenter, and their usage of the mobile internet skyrocketed between 2009 and 2011. Now nearly two in three mothers with a mobile phone uses the mobile web regularly, giving marketers a major new touchpoint for a group of women that represents an estimated $2.4 trillion in annual buying power, according to BSM Media.

And while initially smartphones were more the province of the young, that has begun to shift, according to mobile ad network Greystripe. By Q1 of this year, a plurality of mom smartphone users were ages 45 to 54, plus a substantial number were ages 55 and up.

These women are pressed for time and in need of information and tools to help organize their lives—and that’s where marketers have a chance to add value.

Katherine Witsch, vice president and group planning director at The Martin Agency, told eMarketer that brands trying to reach moms via mobile should first “create something that you know she’d share with other moms. Second, use mobile to make her life more efficient. Third, don’t forget that moms are people too and they like to laugh.”