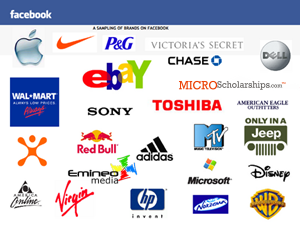 Companies are often on the hunt for more “likes” for their Facebook pages, hoping to get more brand advocates and social media fans. However only 42% of US Facebook users think marketers should interpret a “like” in that way.

This data comes from a June 2011 study from ExactTarget, “Subscribers, Fans and Followers: The Meaning of Like,” which found that 25% of US Facebook users disagree that marketers should interpret “like” to mean they are a fan or advocate of the company.

Facebook users themselves have some preconceived notions about what to expect when they “like” a company on the site, and among those who do not become brand fans, many are negative. More than half of users expect to be bombarded with messages or ads (54%), while 45% do not want to give companies access to profile information and 31% do not want to push content from a company into friends’ newsfeeds. These possibilities have prevented users from making brand connections on the social networking giant.

On the flip side, many US Facebook users also have certain expectations of perks they should get after following a company’s Facebook page.

The ExactTarget study found that 58% of US Facebook users expect to gain access to exclusive content, events or sales after “liking” a company, while 58% also expect to receive discounts or promotions. Additionally 47% expect to see updates about the company, person or organization they “liked” in their newsfeed, which bodes well for brands as they work to have their content always show up for their followers.

Additionally, younger consumers, ExactTarget found, have fewer expectations and generally “like” brands as a form of expression, not to get certain perks. Meanwhile, older consumers want something of value for “liking” a brand. By listening to what their target fanbase wants out of the Facebook relationship, marketers can get more interaction on their page and encourage more people to “like” rather than avoid brands on Facebook.