US Smartphone Owners Use Devices to Aid Shopping

Two-thirds of US consumers with smartphones have used the devices to aid shopping, according to a report by research firm Leo J. Shapiro and Associates. The February 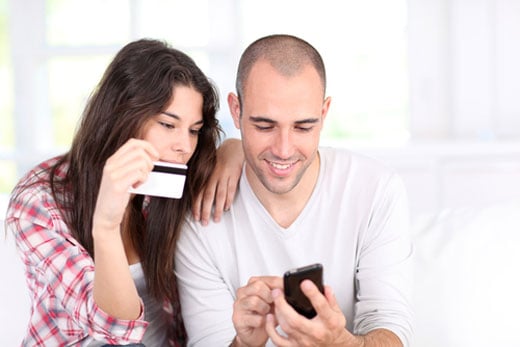 2012 survey also found that 38% of respondents researched products on their smartphones while shopping at a physical store.

Customers are using web-enabled devices for a variety of purposes, but the highest percentage of respondents, 47%, said they relied on smartphones to find out more information about a product. Thirty-six percent of those polled had used their phones to read product reviews on retail websites. Price-comparison was also a popular activity, with about one-third of smartphone owners looking up prices at other stores, and slightly fewer researching prices on retailer websites.

Interestingly, the research found that 54% of US smartphone owners used their phones to shop before arriving at a store. A smaller number said they had used their phone after getting to a brick-and-mortar location. This indicates that customers are “pre-shopping” on smartphones before deciding whether a trip to a retail location is worth it.

Once near the point of sale, more than one in 10 smartphone owners used their phones to compare prices at different stores or websites, according to the report. This finding relates to growing concerns among retailers over the practice of “showrooming,” when customers research products in-store, but then purchase them elsewhere. Retailers can help address that problem by ensuring that prices are consistent across multiple channels—in stores, on mobile apps and on their websites. By doing so, they give shoppers fewer reasons to walk away from a purchase.