Social Media Will Reshape the 2012 Olympics

The 2012 Olympics in London are being touted by some as the world’s “first social Games.” While some question just how social they’ll actually be, there’s no doubt that networks such as Facebook, Twitter and YouTube will play an unprecedented role in how information is disseminated from London, and how the global sports conversation 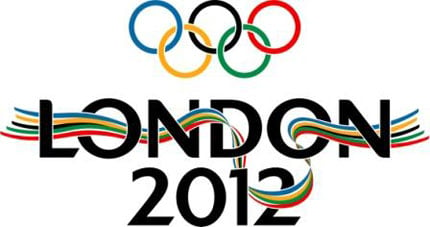 is driven during July and August.

Why the big shift? It’s simple: Four years is an eternity in Internet time and since the last Summer Olympics in 2008, social media has exploded.

Web use in general has grown rapidly, too. In 2008, there were about 1.5 billion Internet users globally, according to the International Telecommunications Union, making up about 23% of the world’s total population. By this summer’s games, that number will have swelled to about 2.3 billion users making up about a third of the world’s total population.

Summer Olympics feature some of the most popular international sports — including soccer, basketball, swimming, and track and field — so that’s sure to fuel the global buzz as well. For more context on just how and why social media will reshape this year’s Olympics in relation to 2008, we thought it’d be interesting to take a quick look at a few of the world’s most popular networks and how they compare then and now.

2008: A tweet in August of 2008 from then-Facebook executive and eventual Path co-founder Dave Morin gleefully celebrated Facebook breaking the 100 million-user threshold. 2008 was also marked by reports around the web of Facebook — gasp! — passing MySpace in popularity. The social network debuted its now omnipresent chat feature that year as well.

Today: Facebook claims more than 900 million users, is fast becoming a portal to the web at large for many and is a publicly traded company. Its founder Mark Zuckerberg is a global celebrity.

2008: 2008 saw explosive growth for Twitter, and it still finished the year with about 6 million registered users who sent about 300,000 tweets per day. The social network and its users were still very much finding their way, as evidenced by this official blog post explaining @replies. In 2009, Minnesota Timberwolves forward Kevin Love would tweet that the team’s coach had been let go, breaking the story and causing some in the sports world to speculate that maybe, just maybe, the service could change how news was delivered and consumed.

Today: Twitter currently claims more than 500 million users who collectively send some 400 million tweets each and every day. Sports news regularly breaks on the network, it’s become a prime marketing channel for athletes and much of the London 2012 conversation among media and fans is sure to take place there.

2008: By fall of 2008, YouTube users were uploading 10 hours of video to the site per minute. The site had emerged as the go-to destination for web video and had been acquired by Google two years prior. It also launched its mobile site, pre-roll ads and 720p HD option in 2008. But that success was nothing compared to what the site would look like four years later.

Today: Iconic Olympic moments are sure to go viral and become immortalized on YouTube seemingly as they happen this summer, and it’s easy to see why. The company says it receives over 800 million unique visits per month. Those visitors watch more than 3 billion hours of video per month and upload 72 hours of new video content per minute. Five hundred years’ worth of YouTube video are watched on Facebook every day and more than 700 YouTube videos get shared on Twitter each minute.

What It All Means

Just looking at the the three most ubiquitous social networks reveals a sporting scene and world at large that have been transformed by social media since the last Summer Olympics. And that doesn’t take into account services like Pinterest, Foursquare and Google+ — none of which even existed in 2008. This summer, expect news to break, social sharing records to fall and moments to live on as never possible before thanks to social media. And to think — this will all pale in comparison to what 2016 has in store.