Secrets of the 10 Most-Trusted Brands: Nike

On its website, Nike declares its mission to “bring inspiration and innovation to every athlete in the world,” adding, “If you have a body, you are an athlete.” 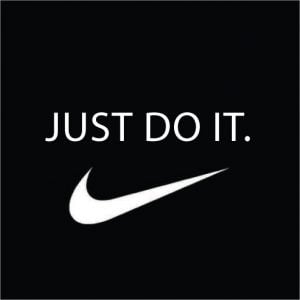 It’s that aspirational message and mainstream appeal that connects the athletic apparel company to consumers worldwide, according to branding consultant Kevin Lane Keller, professor of marketing at the Tuck School of Business at Dartmouth College. “Nike’s always been extremely customer-focused, with a broad access point that makes the brand relevant to elite athletes as well as the everyday person,” Keller says. “It’s about self-empowerment and being your best, and the brand really does invite everyone to ‘Just Do It.'”

Nike’s constant product development, including introducing technologies such as Nike Air cushioning and Dri-Fit fabrics, is one of its biggest strengths, according to Keller, who says that consumers tend to equate innovation with expertise.

“When you’re innovative, consumers are more trusting, because they think you really know what you’re doing,” he says. “Nike’s first product was just the first step on this journey that’s allowed them to completely transcend their roots as a quality running shoe to be everything athletic, all over the world, in all kinds of sports.”

Keller says Nike gains trust points because celebrated co-founder Phil Knight is still involved with operations, a fact noted by one survey respondent who claimed to be “confident that [Knight’s] company would always behave responsibly.”

Notes Keller, “When the founder is still there, people respect the brand in a way that doesn’t happen when the reins have been handed down over and over. Having his voice and persona still associated with the company keeps it closely connected to the consumer.”