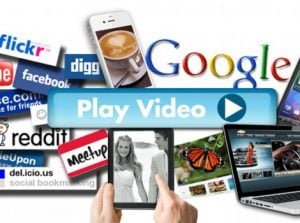 Having surpassed 50% penetration among the general population in 2011, online video viewing is now a mass-market pursuit. Increasing numbers of Americans are watching more content on more devices than ever before.

Even though growth rates will necessarily slow as the number of users swells from year to year, there is still room for expansion. By 2015, US online video viewers will represent 60% of the general population and 76% of internet users.

“Audience growth over the next four years will come from all demographic segments, but it will be more pronounced among preteen children, older boomers and seniors,” said Paul Verna, eMarketer senior analyst and author of a forthcoming report on premium video content. “These groups have traditionally lagged teens and younger adults in their video viewing activity, but the gaps will start to close as the market matures. This will give marketers opportunities to take advantage of growth pockets among viewers at either end of the age spectrum.”

Mobile video adoption is poised to continue on a steep upward path for at least the next four years. The factors contributing to its success include the ongoing strength of the smartphone market, healthy competition among makers of mobile operating systems—notably Apple’s iOS and Google’s Android—and continuity of content offerings across screens.

“As tablets attract a larger share of video viewing, smartphones are benefiting because most tablet users also own smartphones and typically have the same apps on both devices,” noted Verna. “With more video content flowing to these apps, users are choosing their preferred screen at any given time. Often this means toggling between tablets and smartphones, or between laptops and any number of entertainment devices.”

In 2011, US smartphone viewers represent 90% of the mobile video population, according to eMarketer estimates. By 2015, this percentage will rise to 98.5%.

eMarketer forms its estimates of online and mobile video viewing habits based on a meta-analysis of survey and study data from dozens of research sources as well as trend data on device ownership and usage.