Working words like “S Corp” and “Jason Fried” into conversations doesn’t make you a good entrepreneur, a tech whiz or even a pretty smart guy. But failing to recognize a common tech term at the right moment canmake you look like a nube.

Smart-flashcard startup Brainscape launched a new deck of flashcards called Tech Startup Genius on Wednesday that promises to protect you from this situation. The free iPhone app, personally authored by Brainscape founder Andrew Cohen, includes three sets of flashcards: people you should know, orgs you should know, company formation basics and fundraising basics.

Cohen put the cards together using lists from popular websites, third-party evaluations and recommendations from his peers in the startup world. What made the deck and didn’t, in other words, was mostly subjective.

“If I had a different name for this, it would be ‘The basic stuff I wish I knew when Brainscape started two years ago,’” Cohen says.

Brainscape flashcards, including the new tech deck, are different than paper index cards in that they incorporate learning theory. Questions in Brainscape apps require recall, not multiple-choice selections, ask users to reflect on answers by noting their confidence in them, and use those confidence grades to determine how often each card should be spaced in a deck.

The startup’s 40 apps have been downloaded almost 1.5 million times and cover topics ranging from GRE prep to mythology. Cohen says the company brings in about $300,000 in revenue per year.

They’re good flashcards, but they’re still flashcards. Don’t plan on leaving the “Tech Startup Genius” app with any better chance of creating the next big thing than you had going into it. 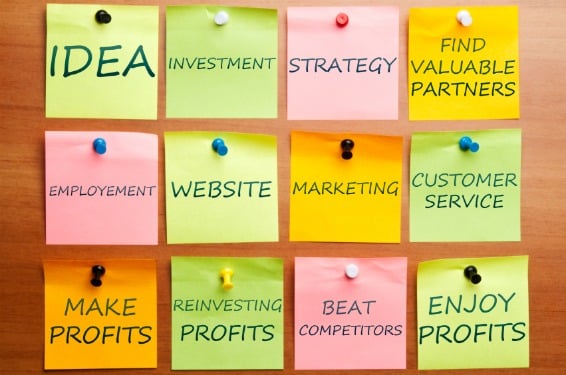