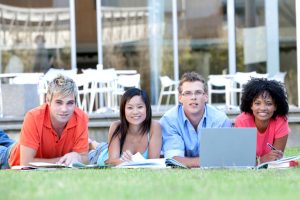 These days, college students who need an apartment head straight to Google or another search engine. Even sites such as apartments.com or apartmentguide.com are becoming an afterthought to this demographic.

According to a survey conducted between December 2011, and February 15, 2012, by residential and student marketing agency Catalyst, 53% of college students surveyed ranked search engines as the most important source in helping them find a place to live. They pointed to friends’ and parents’ recommendations as second- and third-most important, at 37% and 27%, respectively. Google was not just students’ top resource for apartments; 98% listed Google Search as the place they seek any information online.

Indeed, another recent study showed that when doing research for coursework, college students first went to Google or another search engine. An ebrary study indicated that in 2011, 85% of college attendees worldwide turned to Google to gather information for class assignments, up from 81% who did so in 2008. A somewhat smaller percentage of college students (79%) used print books for this purpose.

While the popularity of Google is undisputed, one surprising element of the ebrary report is that, in 2011, students worldwide chose Google as a resource over printed books, even though they said that they viewed print as more trustworthy than any electronic resource. This was also the case in 2008.

“Students know that electronic information is transient and easy to produce compared to the product and processes of print publication,” the ebrary report said. “The barriers to print publication afford an intuitive impression of higher integrity.”

For search marketers, however, this means they can count on college students turning to Google and similar sites for the widest range of purposes, from lifestyle decisions to academic research.