Top reason to scan was to find out what would happen… 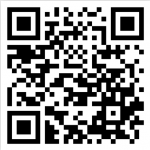 Half of smartphone users have now scanned a QR code at least once, according to research from Chadwick Martin Bailey, but findings suggest marketers have still not proven their value to consumers.

As QR codes pop up in more places, awareness of them is growing, and many users seem to learn what they do before learning what they are called. Chadwick Martin Bailey found that while just 21% of internet users surveyed had heard of QR codes before, more than four in five knew one when they saw one.

QR codes are becoming hard to miss, even for those without a smartphone. Data from mobile marketing firm Nellymoser indicates that well over 90% of the top 100 magazines in the US have featured at least one mobile barcode since May 2011; as recently as November 2010, just 9% had. The proportion of ad pages in those magazines that now feature mobile barcodes hovers around 5%.

That doesn’t even touch on the presence of QR codes in outdoor advertising, in-store signage and packaging, or business cards—all among the top places smartphone users have scanned QR codes from, according to Chadwick Martin Bailey. With QR codes seemingly all around them, smartphone users’ top reason to scan one was out of simple curiosity (46%), followed by the hope for more information (41%).

These results may give marketers pause. As 2-D barcodes become ubiquitous, people are learning what they are: something to scan with a special app on a smartphone. But as awareness develops, the novelty factor may be in danger of wearing off. Marketers will have to prove there is valuable information in store for QR code scanners—perhaps a coupon or exclusive content—or those who scan a few times out of curiosity may not develop a scanning habit.