By the time the class of 2016 graduates, close to 90% of college students in the US will own a smartphone. Fewer will carry tablets, but penetration levels will be high if 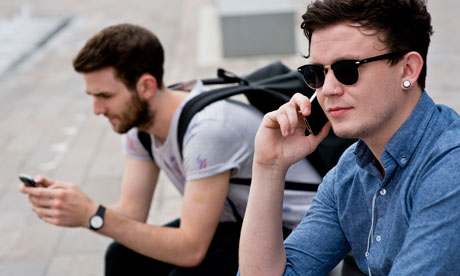 Mobile devices are considered necessities by today’s undergrads; they are extensions of their digital existence and personality. While laptops were once considered wonderfully mobile, fewer students bought them this year. The computing power and widespread availability of affordable smartphones (and increasingly tablets) has students flocking to these newer and even more portable devices.

Today, roughly two-thirds of students walk college campuses—and store aisles—knowing whatever information they need is accessible through their smartphone. They challenge statements made by professors, prices quoted by salespeople and the creativity of mobile marketers.

Campuses are a microcosm of the mobile world of tomorrow, a world in which consumers tethered to mobile devices live under economic pressure but spend nonetheless. As such, college campuses are fertile testing grounds for mobile marketers. However, college students are quick to judge and are easily turned off by messages that are interruptive or irrelevant.

Nearly seven in 10 students in a Ball State University survey reported they had been annoyed by mobile ads—and the most likely kind they reported seeing were text ads. Nearly half said they were actually less likely to purchase a product after seeing a mobile ad.

Marketers that push creative boundaries, deliver content that is fun to share and diversify the types of mobile ads used will have the best odds of increasing engagement levels and brand perception among the college set.