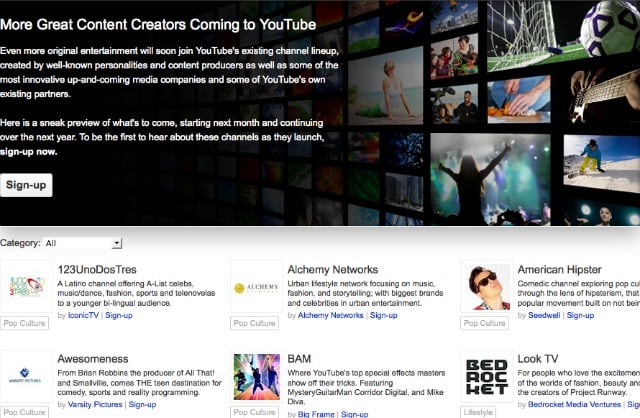 YouTube is partnering with Ashton Kutcher, Amy Poehler, Shaq, IGN, The Wall Street Journal and dozens of others to launch a slew of premium video channels.

The channels, which have been in the works for months, is a big and risky play to get premium content onto its servers. Google (YouTube’s owner) is reportedly spending $100 million to secure the deals for its original channels.

“The first of these new original channels will appear on YouTube starting next month and will continue over the next year,” YouTube Global Head of Content Partnerships Robert Kyncl said in a blog post. “They’ll be available to you on any internet-connected device, anywhere in the world, with all the interactivity and social features of YouTube built right in.”

YouTube has also launched a preview site for the new channels.

It’s no secret that Google has been wanting to move more into premium video. It’s far more monetizable than cat videos, and it sets up YouTube to be the cable channel of the future. It acquired Next New Networks to help it produce more premium content, and it isn’t sparing any expense to land big-name celebrities for its channels. It won’t be long until we see whether those deals were worth the price. 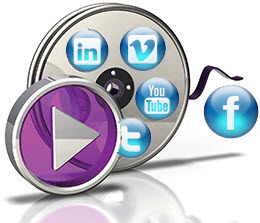 The Value of Social Media Sponsorships? 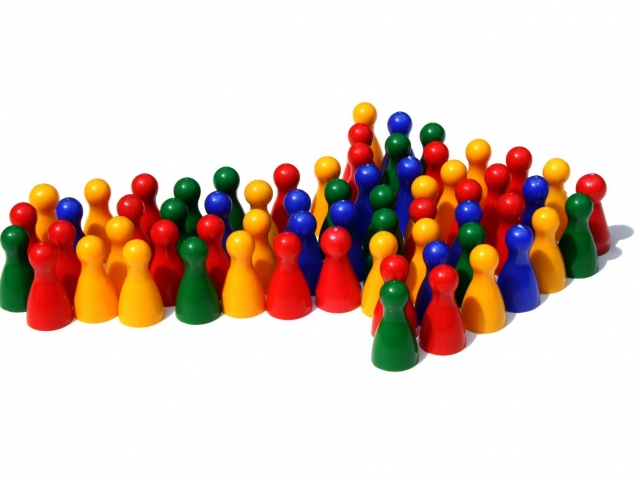 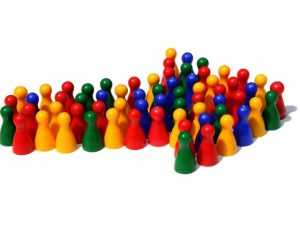 Blog posts and videos have the highest value for marketers Paying for mentions in social media, or social media sponsorships, has become a more popular marketing tactic. By late 2009, it had attracted the attention of the US Federal Trade Commission, which released regulations requiring bloggers and certain other online publishers to disclose when they receive cash, free products or other compensation for a product or brand mention. But marketers are still interested in this form of outreach. In Q2 2011, social media advertising company IZEA surveyed marketers and publishers about their preferences for such practices and the value they place on certain sponsorships. The survey found that 48.8% of marketers have used a sponsored blog post, while 32.5% said they would use it, and 39.4% have sponsored a tweet, while 35.6% said they would use that social media sponsorship. Additionally, only 23.2% have sponsored an online video, but 50.2% said they would use such a social media sponsorship. These marketers are carefully monitoring these mentions and measuring how well they influence sales and business results by looking at quality and sentiment of content, cost-per-click, shares, cost per acquisition and more. Quality of a post was the most important measure of success, with 80% of respondents saying it was very important or important. Only 5.9% said it was not important.

Clickthrough rates were also important or very important for 74.9% of respondents. Only 4.3% noted clickthrough rates as not important. After measuring these activities, marketers put a monetary value on the different types of social media sponsorships. Blog posts and videos were the mentions with the most value, calculated to be $114.71 and $112.46, respectively, while Twitter edged out Facebook. Tweets were valued at $63.64, compared to $55.16 for a Facebook update. Social media sponsorship can be a controversial practice, particularly if bloggers and other publishers do not disclose when they some type of compensation for a product or brand mention. But as marketers continue to measure success and see the value in these mentions, doing social media sponsorships the correct way will become a more accepted practice.