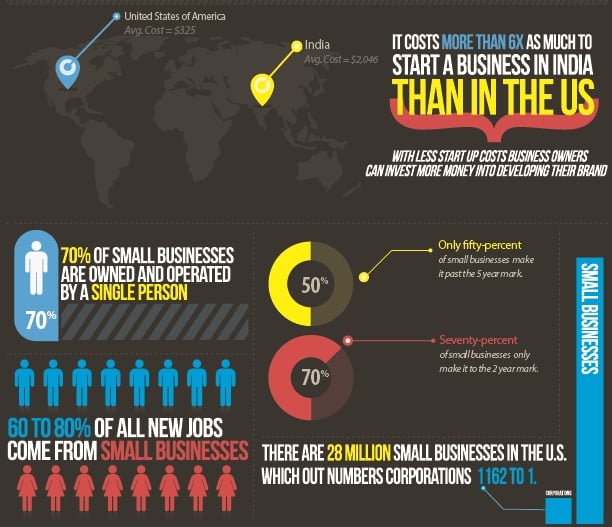 It costs more to start a business in India than in the United States. Small businesses outnumber corporations 1,162 to 1 – but corporations control more concentrated revenues. Do you know that Facebook is second only to Google in terms of the traffic it gets? Facebook now ranks second for traffic generation among all the websites on the Internet. At this moment, here are over 500 million active users on Facebook, and the number is increasing every day that goes by. Isn’t that incredible?

Companies involved in online marketing, including Levi, Toyota and even the New York Times, have joined the bandwagon. You can find more and more major players with their own Facebook fan pages and Facebook company pages every day. These marketing professionals know that they reach an active and growing global market by setting themselves up on Facebook. If you want global exposure for your products and services, perhaps it’s time to consider putting up a Facebook fan page.

But now small, local businesses are also experiencing how powerful this new marketing strategy is. All types of small businesses from pizza parlors to dentist offices are establishing an online presence using Facebook as their primary marketing vehicle. By building a large local fan base, they have an instant audience for announcements such as specials, sales and the availability of new products.

Naturally, nobody involved in online marketing is going to let this opportunity pass. Facebook marketing is the biggest trend going in the Internet marketing community. Not only is there a huge reach, but Facebook offers specific target marketing because of their exceptional demographics positioning tools.

There are several key elements to make a Facebook presence work. First of all, you should design and construct a professional Facebook fan page or product page rather than use the standard Facebook profile you get when you initially sign up at Facebook. There are several reasons for doing this. You can keep your personal and family Facebook profile separate from your business profile, which ads professionalism to your image. There are also several marketing advantages to using a Facebook page rather than your own profile.

A very recent and exciting development is that you can include an IFrame in Facebook pages. An IFrame is a technical term used to describe a technology that allows you to display a page from any Internet location in your current page. This takes the limits off of what you can do on your Facebook page! You can have clickable links, display video and other types of media and you can even embed forms that let you gather information from the people who visit your page. You can even display your entire web site in your Facebook page if you want to!

Because of the immense popularity of Facebook, it is just common sense for businesses to establish a presence there with a professionally designed page that takes full advantage of the new IFrame capability. Gone are the days of static pages in Facebook. With a built-in audience of over 500,000 active users, perhaps you should consider establishing a Facebook presence with a professionally designed and constructed Facebook fan page or business page.

Why Facebook is the #1 Marketing Tool for Small Businesses 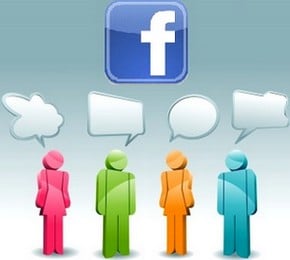 Despite a plethora of social networks and location-based services being launched every other month, Facebook continues to be the #1 Marketing Tool for small businesses. These are the findings of a MerchantCircle survey which queried 8,000 small businesses about the adoption of various marketing products. The survey reports that as many as 70 percent small businesses use Facebook to promote their business – up from 50 percent a year ago.

It’s yet another indication of the how the world’s leading social network has come off age – many businesses say that Facebook now ranks ahead of Google, the leader in online advertising.

Facebook has always been popular amongst business users but it lacked the killer punch of an attractive location-based service. Facebook Places filled the gap and it’s no wonder that it’s sucking small businesses away from Foursquare, Gowalla and others.

It’s understandable that most small businesses operate on a shoestring budget for their marketing campaigns. More than 50 percent of local merchants’ marketing budgets were less than $2,500 in 2010, and nearly every three in five businesses do not plan to increase those spends this year. While 26 percent of the survey respondents cite high costs as the major deterrent to online marketing, another 37 percent say they don’t have the time and resources to use social media as an online marketing tool.

When Facebook Places was launched, critics were quick to write it off as yet another location-based service. However, it has proved to be a master stroke for the world’s leading social network. Nearly 32 per cent of survey respondents are promoting their business through Facebook Places and an additional 12 per cent plan to use it in the coming months.

Though Foursquare is widely regarded as the world’s most popular location-based service, it leaves a lot to be desired for business users. In contrast, Facebook Places has been a blessing in disguise for the world’s leading social network and there are ominous signs that it will continue to rule the small to medium-size business segment for the next several years.

The survey confirms that search marketing is still #1 means to achieve overall effectiveness in online marketing. Nearly half of respondents (40 percent) said that Google helped them generate the biggest return on investment. IMO, it’s not an either/ or proposition between Facebook and Google. While the former brings the power of social media, the latter helps boost a small business through SEO and viral search.

Groupon was all the rage amongst small businesses last year. However, a recent study indicates that Groupon promotions were unprofitable for 32 percent of the businesses surveyed and over 40 percent of those businesses indicated they would not run a comparable promotion again.

IMO, Groupon isn’t really a threat for Facebook. In fact, it’s unfair to compare the two as one is merely a deals and discounts service while the other is a full-fledged social media platform for businesses with several value-adds such as Facebook Places, Facebook Deals etc.