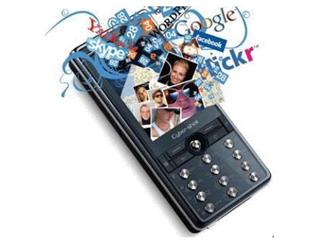 NEW YORK (AP) — Facebook, it turns out, isn’t just a waste of time. People who use it have more close friends, get more social support and report being more politically engaged than those who don’t, according to a new national study on Americans and social networks.

The report comes as Facebook, Twitter and even the buttoned-up, career-oriented LinkedIn continue to ingrain themselves in our daily lives and change the way we interact with friends, co-workers and long-lost high school buddies.

Released Thursday by the Pew Internet and American Life Project, the report also found that Facebook users are more trusting than their non-networked counterparts.

When accounting for all other factors – such as age, education level or race – Facebook users were 43 percent more likely than other Internet users to say that “most people can be trusted.” Compared with people who don’t use the Internet at all, Facebook users were three times more trusting.

The reason for this is not entirely clear. One possible explanation: People on social networks are more willing to trust others because they interact with a larger number of people in a more diverse setting, said Keith Hampton, the main author of the study and a communications professor at the University of Pennsylvania.

When all else is equal, people who use Facebook also have 9 percent more close ties in their overall social network than other Internet users. This backs an earlier report from Pew that, contrary to studies done earlier in the decade, the Internet is not linked to social isolation. Rather, it can lead to larger, more diverse social networks.

Social-networking users also scored high in political engagement. Because LinkedIn users (older, male and more educated) fall into a demographic category that’s more politically active than the general population, they were most likely to vote or attend political rallies. But after adjusting for those characteristics, Facebook users, especially those who use the site multiple times a day, turned out to be more politically involved than those who don’t use it.

Overall, the average American has a little more than two close confidants, 2.16 to be exact, according to the report. This is up from an average of 1.93 close ties that Americans reported having in 2008. There are also fewer lonely people: 9 percent of respondents said they had no one with whom they could discuss important matters. That’s down from 12 percent in 2008.

The report didn’t try to dig into cause and effect, so it’s not clear whether the widening use of social networks is causing less loneliness. But it did find that people who use the Internet are less socially isolated than those who don’t. Those on social networks, even less so – just 5 percent said they had no one to talk to about important stuff.

The researchers also got numbers to back up what’s in the mind of many Facebook users past a certain age: Yes, all your old high school classmates really are coming out of the woodwork and “friending” you. The average Facebook user has 56 friends on the site from high school. That’s far more than any other social group, including extended family, co-workers or college classmates.

Facebook’s settings let users add the high school they attended to their profile, along with the year they graduated. Other users can then search for their classmates and add them as friends for a virtual reunion.

In the past, when people went to college or got jobs and moved away from their home towns, they left those relationships behind, too. This was especially true in the 1960s, when women not in the work force would move to the suburbs with their husbands and face a great deal of isolation, Hampton said.

Now, with social networks, these ties are persistent.

“Persistent and pervasive,” Hampton said. “They stay with you forever.”

Despite the advent of smartphone and tablet technology, and social media, email remains a prime communication channel, with many consumers constantly checking their inboxes online while on the move.

For many consumers (58%) the first place they head online each day is their inbox, and the vast majority (83%) will scan through all their emails back to the last time they logged in.  Now, with many consumers wielding smartphones, email inboxes are being checked while on the move and smartphone users are more fanatic in their email-checking than non-users, found ExactTarget’s research.

In fact, checking email is a more common mobile web activity than visiting Facebook (23%) or Twitter (5%) among smartphone users.

Eleven percent of email users check constantly from a mobile phone (15% daily) but the numbers are minimal for iPad/tablet users with 2% constantly checking and 3% checking daily.