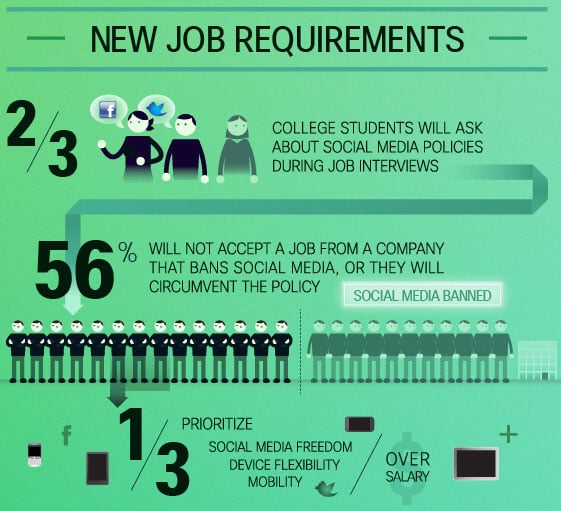 One in three college grads said that access to social media sites like Facebook and the ability to choose their own devices was more important to them than salary when considering a job offer. This according to a study of 2,800 college students and young professionals worldwide conducted by Cisco. More than 40% went so far as to say that they would accept less money for a job that was down with social media at work on a device of their choosing if it also included telework.

The study was intended to determine what the Millennium Generation wants from employers and what they consider to be an equitable work/life balance. Not surprisingly, they overwhelmingly wanted flexible work hours and remote access, with about one-third of college students saying that once they begin working, it will be their right – not a privilege – to be able to work remotely with a flexible schedule.

But the shocker was how strongly these young adults felt about limitations on their social media time. The demand for flexibility extends to device choice as well.

The next workforce clearly believes that work/life balance means that they are melded together, not separate-but-equal. With that view, work spills into social time and social time into work. Social tools also become work tools. While traditional employers may view Facebook or IM as fooling around on the job, social media sites may one day replace e-mail as the collaboration tool of choice for workers. Companies that ban them or view them as evil will not attract new talent, this study suggests, and could make themselves fall woefully behind.
Source Hothardware Julie Bart
[divider_top] 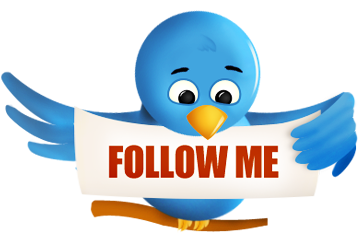 A study conducted by Constant Contact and research firm Chadwick Martin Bailey, analyzed the behavior of 1,491 consumers ages 18 and older throughout the U.S., and revealed a number of details about how people interact with brands on the world’s beloved 140-character social network. People who follow brands on Twitter are more likely to both buy and recommend those brands’ products, according to a recent study of online consumer behavior.

Any increase in customer loyalty is great news for brands, especially those lucky enough to make the coveted list of followed companies. According to the study, though, the chances of making that list are slim, as only 21% of Twitter users follow brands on Twitter, and of those, 79% follow fewer than 10 brands.

If your brand makes it to that highly sought-after status, you’re in for the long haul — a whopping 75% of respondents claimed that they had never unfollowed a brand on Twitter. This finding, though, contradicts a previous study, which claimed that 41% of consumers have unfollowed a company on Twitter. The trend seems to favor longevity in both studies, however. If a user opts to follow your brand on Twitter, it’s more likely they’ll continue following, rather than decide to unfollow.

When it comes to a consumer’s decision to follow brands on Twitter, exclusivity and access to promotions reign. Here are the top five reasons given by respondents:

64%: I am a customer of the company
61%: To be the first to know information about the brand
48%: To receive discounts and promotions
36%: To gain access to exclusive content
28%: To receive content/information to retweet and share with others

The study offered one final nugget of wisdom that should inform how brands on Twitter approach their content strategies — 67% of brand followers expect unique content from the brands they follow. So get to it, social media strategists!

How Business Pages Will Help the Growth of Google+ 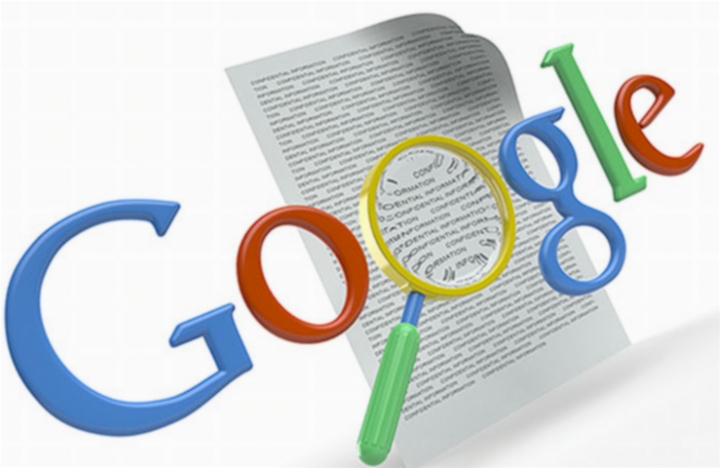 It’s no great secret, businesses are practically chomping at the bit for the chance to get into the new Google+ platform and begin experimenting with the potential new ways of engaging their audiences. The platform and its initial popularity presents a plethora of opportunities not just for businesses, but also for the network itself, I’ve outlined below a few ideas of why the introduction of brands will serve to increase the network’s visibility:

These are only a few ideas of how the growth of Google+ could be impacted by adding brands into the mix, but it’s likely that all of the above will be factors in how Google plans the functionality of Google+ brand pages. Either way, the onus will be on businesses to get into the platform early and be the first to establish best practice in their given industry.