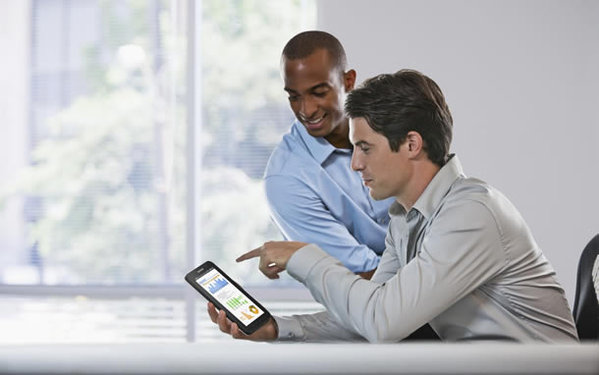 Nearly all small-business IT companies purchase smartphones for employees

Part of the problem may be that the small-business audience is widely diverse. It comprises business and service owners in industries across consulting, retail, food service, agriculture, technology and more. And even at the industry level, small-business owners’ needs are highly individualized and easily reprioritized as owners juggle their marketing, operations, sales and financial responsibilities.

“When you look at the core needs and challenges that [small] business owners are facing, they’re time-starved, and they’re not the type of people sitting in a building behind a computer all day,” said American Express OPEN’s Scott Roen, vice president of digital marketing and innovation, in an April 2012 interview with eMarketer. “They’re out front, working with their customers and employees, so they’re inherently mobile in nature.”

Small-business owners’ proclivity for mobile devices such as laptops and smartphones could prove valuable for B2B marketers looking to connect with this audience. Inc. Magazine and Cargo found the vast majority (91%) of US small-business owners placed importance on wireless communications and smartphones for their business—a likely indicator of their vital daily use. Tablets were also important to 64% of respondents.

The importance of these devices for US small-business owners coincides with SMBs’ adoption of smartphones and tablets. In April 2012, Spiceworks, an online SMB IT solution provider and professional community, found that 96% of SMB IT professionals worldwide said their company purchased smartphones for their employees. Sixty-six percent said the same of tablets.

Marketers looking to reach small-business owners on these mobile devices might consider starting with first adapting their mobile web presence for Apple OS-based devices: The vast majority of tablets purchased for employees were iPads (79%), followed by Android devices (39%). In addition, 64% said they bought the iPhone/iOS for employees, followed in popularity by Android smartphones (56%) and BlackBerrys (41%).

The Evolution of TED

TED discovered early on that the nature of their content created scores of like minded individuals eager to take on the cause of spreading these ideas themselves. Cohen outlined their strategy towards taking these “ideas worth spreading” and inspiring a community of discovery and change.

1. Feed the hunger for participation.

People want to be a part of something bigger. For TED, the desire to scale to a global level was enabled by an empowered community, who were ready and willing to translate talks into different languages.

To date, TED Talks have been translated into 86 languages through all-volunteer efforts.

Cohen explained that the increasing widespread use of social media naturally played a part in this process, but more importantly using the tools of the web in the best possible way to increase the sharability of content.

With a rise in mobile, TED embraced the trends of their community and purposely designed their online talks to be optimized for small screen, cut long intros and started the videos strong.

TED also made sure videos are framed close to the speaker’s face. So on a mobile phone, viewers can see the emotion of what is being communicated.

And TED videos can be watched through many devices, embedded, downloaded as free podcast, etc. By embracing open (free) models they aim to reduce the barriers between the ideas and their intended audience.

3. Listen to your users.

Your users will usually be the ones to give you your best ideas. They’re the ones interacting within the space in ways a brand may not have ever imagined unless they actually listen.

“We don’t have a monopoly on good ideas,” said Cohen; tapping into that empowered community for global research and development.

Many of the best ideas for TED and their expansion has come from how they listen to requests from their community.

Ask yourself, what do you really need for your company? What do your users want?

How are you engaging your community beyond a piece of content online?

The success of TED talks fueled a demand by individuals to start having their own TED talks and bring the positive message to their part of the world. Instead of allowing it to happen on its own, TED embraced this desire and created the TEDx platform.

This TEDx umbrella gives individual communities this power to come together and host their own TED-like events. For TED, it’s ability to ensure that their message continued to flourish in the way they intended.

At the heart of great media are great stories.

Compelling and diverse content presented in a variety of interesting ways keeps people engaged. What are you creating for your brand’s audience? Is it providing some value that warrants their time?

Cohen cited presentations from Wael Ghonim and Hans Rosling as a sampling of these truly moving presentations that strike a chord and spark conversations in all parts of the world. 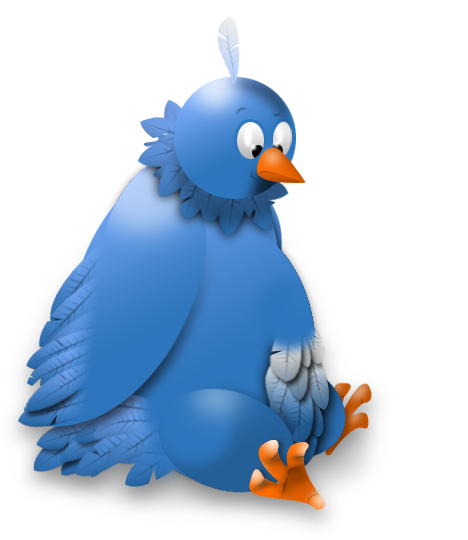 Twitter is often compared to a cocktail party, where friends gather to share information and people connect through common interests.
But if you’re new to the party, there’s a good chance you’re going to make some mistakes.

These aren’t those Twitter mistakes that you read about in the paper or see on TMZ. These are simple and easy-to-fix mistakes that are often made by people who just don’t know any better. (For me, it took having my boss at my first social media gig telling me to watch my spelling and to lay off the exclamation points.)

For you, I asked around at Constant Contact to see if anyone had any input on mistakes that make businesses look dumb on Twitter. (Also, check out 25 Things that Make You Look Dumb on Facebook.)

Here are 25 things to be aware of on Twitter:

1. Not leaving enough space to retweet. The first lesson every Twitter newbie should learn: just because you have 140 characters, doesn’t mean you need to use them all. It’s usually a good idea to keep posts to about 120 characters to allow people who retweet with the RT format the ability to do so without having to edit your tweet for length.

2. Not shortening links in your Tweets. This is one of the most common mistakes and it doesn’t need to be. Check out link shorteners like bit.ly or ow.ly. You’ll also be able to track the number of clicks the links you’re sharing get with these tools.

3. Looooong Twitter handles. Are you noticing a pattern? If your handle is longer than the first half of your tweet, you’re losing valuable space. Keep handles as short as possible so you have enough room to actually write something.

4. Too much self promotion. A little self promotion is good for any business but if your timeline is riddled with “I’s or We’s” and your only retweets are about you, then you’re doing too much. Follow the 80/20 rule. Post 80% helpful or entertaining content and save 20% for the self-promotional stuff.

5. #HashtagAbuse. Hashtags are without a doubt the most interesting part of Twitter. But in addition to sometimes being hilarious, they are extremely helpful for organization purposes. Don’t abuse the hashtag, save it for when you need it.

6. Not responding to Tweets. If you’re not being social, why are you on social media? You might not be able to respond to everything, but do your best to answer questions and address any negative feedback. And don’t forget to say thanks when it’s positive.

8. Too much negativity. No one wants to follow a depressing tweeter. Keep your tweets positive and your followers will act accordingly.

9. QR code avatar. Nowadays you see QR codes in some crazy places, don’t let your Twitter account be one of them. Make your avatar something that reflects you or your brand.

10. Too much abbreviation. Sometimes you’re going to have to abbreviate but try not to abandon grammar to the point of being unreadable.

11. Spelling errors. Spelling errors are going to happen but try to keep them to a minimum. People will notice them and it can make your business look sloppy. Review before you hit send. (Watch for some common misspellings, like There/Their/They’re/Your/You’re.)

12. Tweeting without a strategy. Never tweet just for the sake of tweeting. Take some time to decide why you’re on Twitter and what you want to get from it. Let that guide your content.

14. Too much content, not enough dialogue. Confused yet? It’s all about finding a balance. Unless you’re a news outlet, then I’m looking for more than just news. Use your content to drive engagement from your followers and start a discussion.

15. Only tweeting 9-5. No one expects your Twitter to be a 24/7 operation but your followers don’t log off when you go home for the day. Hootsuite is a great option for managing and scheduling tweets.

16. Tweeting without the facts. This is the number one way to hurt your credibility and tick your followers off. Be a helpful source of information in your industry, not a rumor mill.

17. Tweeting too often. There’s no set formula for how much you should be tweeting. But unless you’re the most interesting person in the world, chances are if you’re clogging up their timeline they’ll get turned off in a hurry.

18. USING TOO MANY CAPS AND EXCLAMATION POINTS!!!! You wouldn’t yell at your customers in person, don’t do it on Twitter. Use sparingly for maximum impact.

19. Bad talking competition. If you don’t have anything nice to say, don’t say anything at all. Building connections is a great way to build your following and many of your competitors’ followers would likely be happy to follow you too.

20. Not connecting your business website to your Twitter account. 80.5% of small businesses DO NOT link their sites to their social networks. Don’t let your business be part of that group. They’re missing potential followers and most importantly customers.

21. Outdated Twitter profile. Your profile says a lot about who you are. Tell people what you’re all about and give them a reason to follow. And make sure it’s up-to-date.

22. Responding with the same answer from multiple admins. It’s good to respond to people’s tweets, but if multiple people are tweeting from your handle, get on the same page and agree on the right voice for your brand.

24. Asking too many questions. A question can be a great way to get feedback or start a conversation but if you’re constantly asking, “How’s everyone doing?!” and no one is answering then it’s not adding to the conversation.

25. Not sharing the love. If people are promoting you on Twitter, show them some love back. A retweet can go a long way on Twitter and so can mentioning someone when you share their article or post.

Didn’t realize so much could go wrong with just 140 characters? Don’t worry. everyone, and I mean everyone, is going to make some mistakes when they’re starting off. The best you can do is keep this list in mind and try not to let a couple missteps ruin the party.

What are some of the things you think make people look dumb on Twitter? Tell us in the comments below!