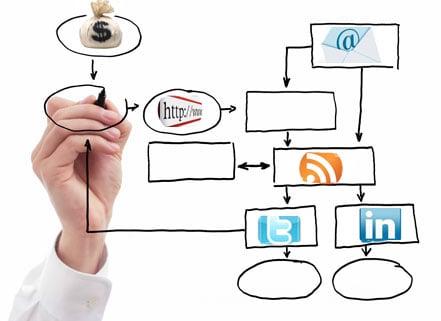 Do you sometimes seem to get lost in handling your social media activities? Here are five ideas that can save you time — and a lot of nerves!

Most of these principles don’t require extra tools and software to begin with. You can start by working with cloud solutions such as Evernote or Google Docs, and, for example, simply take pictures to ensure revision security. For basic workflow automation, IFTTT (If This Then That) is worth looking into. But keep in mind that you never know how long free services and tools will be around (for free). If you decide to use a professional social media workflow tool, take a close look at included features such as multiple user dashboards, four-eye-publishing, alerting and automation functions.