Monthly archive for May 2012

As location-based social networks, hyperlocal communities and local search continue to garner consumer interest and use, national brands are seeing the inevitability of extending their presence in the local space.

portion of their budget in local marketing.Brands were polarized in their levels of investment: 29% allocated between 1-5% of their overall marketing budget to local initiatives, but a good portion (21%) invested a quarter or more of their total budget on local.

“Brands recognize that so much of the purchasing is still done at the local level, yet they aren’t focused on the local,” said Pete Gombert, CEO of Balihoo in a May 2012 interview with eMarketer. “We’ve seen a heavy emphasis on setting up the infrastructure to capture demand and measure demand at the local level [in order] to bring that sophistication up to the national level.”

However, measuring brand impact locally remains a challenge: 25% of advertisers in North America reported an inability to track ROI at the local level. Though the majority were able to track their local efforts, 58% of national brands nonetheless neglected to calculate the ROI of their local programs, a decision that may hamper their ability to further justify and grow local investment.

As brands focus more intently on maintaining a local presence—and move closer toward integrating those local efforts with their national programs—the ability to accurately create a true picture of overall marketing ROI becomes more of a priority. 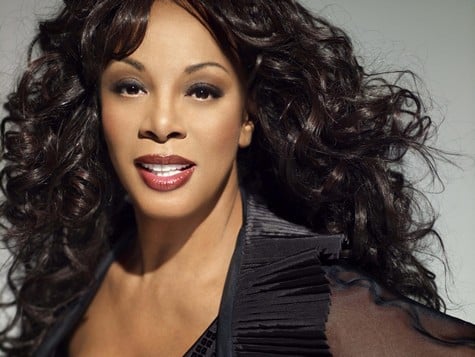 Donna Summer died on the morning of May 17 and many people reacted by taking to the Internet and online music services.

According to data provided by Next Big Sound, fans flocked to her Wikipedia page. Normally receiving close to 2,000 hits a day, her page garnered a whopping 1,480,461 page views on May 17. Further, an increase of 419,476 plays on VEVO was a 48% increase from the norm. 23,834 people — 19% more than on any other given day — took to Facebook and became fans of Donna Summer’s official page. Donna Summer – In Memoriam: There Will Always Be a You

Slacker Radio launched a station in honor of Summer and her legacy that can be found in the Slacker Spotlight station category anywhere Slacker is available. The curators at Sharemyplaylists.com have also put together their own tribute that people can listen to and share on Spotify.

As reported by social sharing analysis company Monstro, Donna Summer’s music represented 4.53% of all shares yesterday on Twitter. Heavy sharing activity came from the following platforms, led by Rhapsody. 91.67% of all shares by Rhapsody listeners were Summer songs.

Percentage of All Music Shared (May 17)

In prior weeks, Summer averaged about one share every four hours across all monitored services, while yesterday (May 17) there were an average of 139 shares per hour, with the peak at 637 per hour at noon EST.

According to Spotify, Donna Summer saw a 3,000% increase in streaming activity on the on-demand platform. Her top song on Spotify was “On the Radio” which received 56,001 plays yesterday, according to Nielsen BDS. Other top hits included “She Works Hard For The Money” and “Bad Girls.”

Most Played Summer Songs on Spotify (May 17)

Lastly, the top five songs that were shared, according to Monstro music, differed slightly from those that fans listened to on Spotify.

Most Shared Summer Songs (May 17)