The study, titled “Mobile Apps and Commerce for Luxury Brands”, found that affluent consumers feel better connected to luxury brands after using their mobile apps (71%), have had good experiences (93%) and view those luxury brands more favorably than those that don’t have a mobile app (64%).

purchasing direct from the mobile app.

Nearly three-quarters of affluent consumers said there is no monetary limit to what they would spend via a mobile app.

Over half (56%) use apps to find out more about a product or brand but 45% still prefer to make purchases in-store as they enjoy the experience.

Mobile app features that are popular with affluent consumers include in-store inventory, cross-store sizing and availability, product details, loyalty program information, and exclusive or early access to sales and promotions.

Sixty-percent of affluent consumers own a smartphone compared with 48% of the general population and mobile shopping is the second most-popular activity they conduct on their devices.

“Luxury brands must acknowledge the impact of technology advancements in the mobile space and find a humanistic way to connect and engage with their consumers through mobile,” said Milton Pedraza, CEO of Luxury Institute.

A short video detailing some of the study findings can be viewed online. 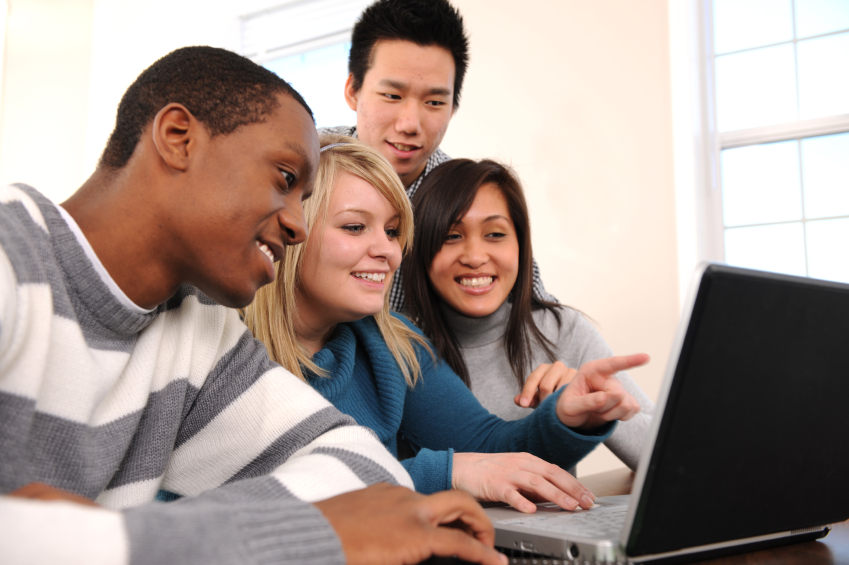 Owing to the present difficult economic situation, financial literacy has turned out to be one of the hottest topics of discussion in the media. Being economically savvy is extremely important for making the type of smart money decisions, that’s essential for having a good standard of living.

Your college years must be the years of gaining knowledge, but nobody is truly conscious of the significance of financial literacy.

A majority of the college students feel that their institution didn’t really train them for the “real world”. They believe that their college might have provided them with formal teachings, but didn’t really introduce them to the real world skills.

With no real work experience and no savings, a number of students are finding it difficult to make ends meet. Hence, financial education is something that’s extremely important in every student’s life.

When it comes to financial education, social media plays an important role. Lots of students use social networking to remain in touch with their family and friends. As an administrator, instructor, or parent, you can communicate effectively with students via Twitter, Facebook, Google Plus, and YouTube.

According to a study conducted by the Higher Education Research Institute, a majority of the first year undergraduates spend time on social networking websites. Again, a lot of colleges and universities have begun using Facebook and Twitter in the classroom. If students are utilizing an online medium such as Twitter and Facebook to share their thoughts, they might be more interested in joining discussions in the classroom.

Social networking sites are also an affordable means to communicate news to both students and alumni. Once you start remaining advanced with the technology that students use on a day to day basis, it’ll help you be more effectual with your ideas, alumni dealings and campus outreach.

Look for friends – Get in touch with other schools, students, administrators, and professors who are using social networking sites such as Facebook or Twitter.

Use in classroom – Lots of schools are encouraging Facebook and Twitter participation in their classroom, since this is a simple way for students to take part in lecture halls or outdoor class.

Place questions – Use the platform provided by Facebook and Twitter to raise questions and initiate a conversation.

In contrast to accepted belief, educational and interesting YouTube videos do exist. A website has been created by The National Endowment for Financial Education where users may submit comments or videos about goods they previously purchased but never used.

Instances of videos include an obsession to buying the latest cell phone, spending $10,000 per year on a diet coke habit, or purchasing an old-fashioned costume and regretting it later

Learning Tools Over The Years: Social Media in the Classroom

When was the last time you put your hands on a tape recorder? How about a slide projector or an overhead projector? Unless you’re stuck in some type of time warp, it’s probably been a while. In this age of technology, which allows us to do just about everything on our smartphones or online — from online shopping to online learning — these tools may seem like they’re from eons ago. Yet, it’s our youngest generation who is, more than likely, all too familiar with them. Teachers, because of lack of funds, are reporting that they’re still using these outdated instruments in the classroom. Yet, they’re still tapping into modern tools like Facebook, YouTube and podcasts to connect with their students. Take a look at how educational tools have evolved over the years.