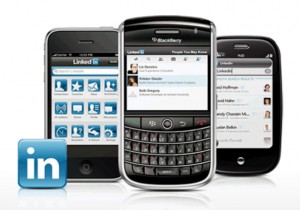 LinkedIn reported fourth-quarter earningsthat beat the street and showed strong growth in members, unique visits and page views from its users. But one key metric that stood out is how many users are signing on from their smartphones and tablets, as mobile usage is the fastest-growing part of its business.

Mobile now accounts for 15 percent of all visits to LinkedIn, CEO Jeff Weiner told investors and analysts on the fourth-quarter earnings call. That is up from 9 percent of traffic that mobile accounted for about halfway through 2011. Growth is coming in part from improved mobile applications and more customer adoption from those products.

One thing that isn’t growing tremendously in mobile is revenue, however. That could change in the future, as the company looks to add monetization through advertising on mobile devices. “We were very focused on getting the product right and the user experience right,” Weiner said. “Now that that’s in place, we’re going to start to run some tests with ads within the mobile environment.”

Of course, LinkedIn isn’t the only social network that has yet to monetize its mobile apps. Facebook, for instance, has much higher engagement on its mobile apps, with about half of its unique visitors coming from mobile devices. It too doesn’t place ads on those apps yet, something that Facebook highlighted as one of its risk factors in its recent S-1 filing.

The good news for LinkedIn is that to date, mobile isn’t cannibalizing engagement on the company’s website, which it does place ads against. In fact, LinkedIn is seeing an increase in the connection density it gets from mobile users and the number of connections on the network.