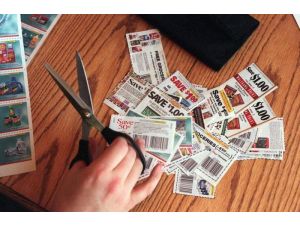 Is there a hotter trend for small businesses and consumers than deal-of-the-day websites? Yet the boom may hurt firms in certain industries, reports IBISWorld, an Los Angeles-based market research company.

Especially vulnerable, according to IBISWorld: Small businesses that operate in highly competitive industries with low profit margins. Here are the top 10 and their profit margins:

Daily deal sites offer businesses an opportunity to increase their visibility without the upfront costs of traditional marketing campaigns. “For many companies, this can substantially increase the number of people coming in the door because subscribers are often unfamiliar with small, locally based businesses,” IBISWorld notes.

IBISWorld industry analyst Mary Gotaas says: “Although some companies within these industries experience an increase in sales by offering group discounts, many face the risk of offering more discounts than they can handle. Also, many of the daily deals directly compete with one another, so consumers are more likely to waid for the next hair salon or coffee shop offer than to become a regular patron of one particular shop.”

The popularity of daily deals sites is tempting for small firms eager to attract customers (and who isn’t?).

The 800-pound gorilla of daily deals is Groupon, whose subscriber list has exploded to 85 million from 2 million in the past 18 months, according to Local Offer Network, which distributes deals from hundreds of websites. Number 2 LivingSocial grew to 28 million subscribers from 120,000 in that time.

A study by Utpal Dholakia, an associate professor of management at Rice University, found that 55.5% of businesses that put their discounts on daily deal sites made money while almost 27%  lost money.

The study also found that only 35.9% of restaurants/bars and 41.5% of salons and spas that had run a daily deal said they would run another such promotion in the future. The most successful industries were health, services and special events, more than 70% pf which made money on their promotion, Dholakia said.